Tristan Kennedy, formerly of House Mpora and House Whitelines, tells us how his love affair began

The first time I went snowboarding was also very nearly the last. It was the first afternoon of my first ever trip to the mountains, and with my siblings, my cousin James, and a family friend, I’d just picked up my board from the resort rental shop in Geilo, Norway. I was 12 years old, and beyond excited.

On the journey over there’d been talk of learning to ski. James, who lived in Scotland, had been going to the Highlands for years. Our friend Ali had learned on a previous trip. But Ali was also a skater, and this was 1998, when snowboarding was at the apogee of skate-crossover cool. On one side you had people like John Cardiel and even Steve Caballero trying snowboarding. On the other, you had our parents, who would be learning to ski. So the discussions didn’t last long before it was settled. We were going to be snowboarders. Yeah.

Or at least, that was the plan. Our first lesson hadn’t been booked until the following morning, however, and we didn’t want to wait. Already dressed in our borrowed ski gear, we ran outside, strapped the boards on, and began pushing around on one foot. So far, so safe. But then someone spotted that the chairlift was still running, and like a group of excitable lemmings drawn inexorably towards a cliff edge, we scampered over to it and hopped on. James could ski. Ali was a pretty good skater (apparently he could even land a kickflip!) and we’d nailed that one-footing thing. Honestly, how hard could this be? 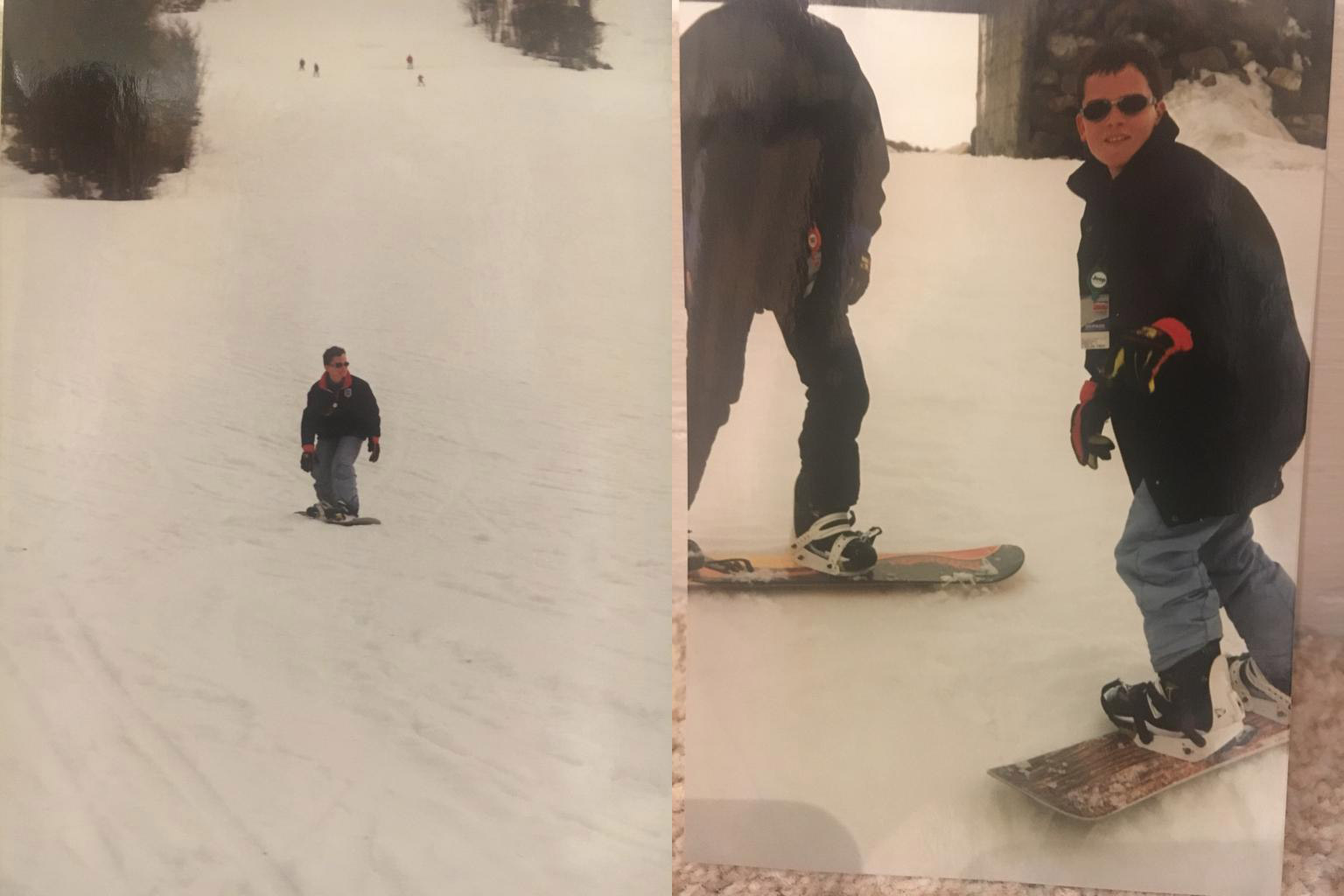 Pictured: Tristan during his first week of snowboarding

The wake up call was swift, our disillusionment brutal. Chairlifts are hard for beginners to get off at the best of times, but when you’re a short-legged 12-year-old, disembarking for the very first time onto the icy slopes of a late afternoon in Norway, your chances of emerging unbruised are worse than zero.

“The wake up call was swift, our disillusionment brutal”

From there things went downhill, fast. Not literally of course, we must have been moving at a snail’s pace as we wobbled our way haphazardly down the piste. But as we skidded to and fro, the constant sequence of coccyx-crushing slams interrupted only by the occasional toe-edge scorpion, our spirits sank.

I have no way of verifying whether this is true or not, but in the mental picture I have of that afternoon, it was dark by the time we made it to the bottom. Worse still, while all of us had sustained bruised arses bad enough to stop us from sitting down comfortably for the rest of the week, my cousin James had done something visibly more serious to one of his wrists. 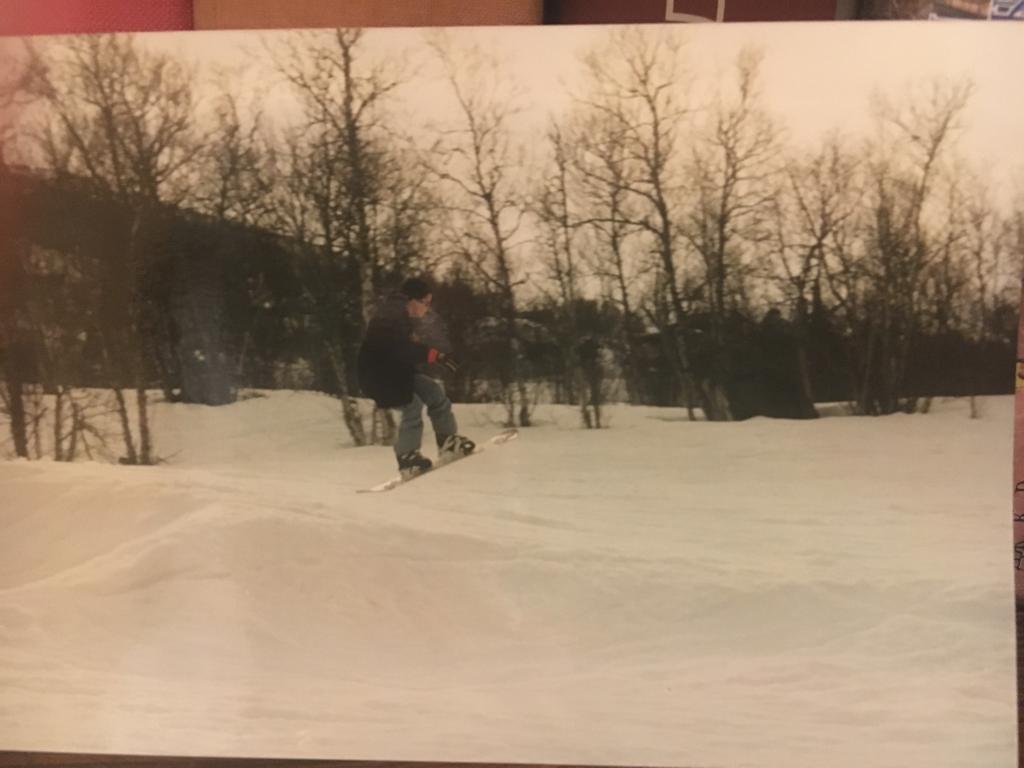 Thankfully, after a visit to the medical centre, it turned out it wasn’t broken. And once we’d weathered the inevitable earful from the adults, he was told that he’d at least be able to ski later in the week, because he was less likely to fall on it. He was lucky. Neither me nor my siblings could ski, and had it been one of us who’d knackered their wrist, that would have been game over. Given the outsized impact that snowboarding would go on to have on my later life, it’s strange to think that my winter sports career might have ended right there and then.

Instead, I caught the bug that week, and then spent the rest of my teenage years bugging my parents (who had never really been skiers) to take me and my siblings to the snow at every available opportunity.

“Snowboarding dictated the posters I plastered on my bedroom walls, the songs that blasted from my discman headphones, and the choices I made about my future”

Snowboarding dictated the posters I plastered on my bedroom walls, the songs that blasted from my discman headphones, and the choices I made about my future. As soon as I finished school, I went to the Alps to do a season (with James, who never tried snowboarding again, but had become a bang tidy skier); my choice of university course was dictated largely by the fact that it would let me spend a year abroad in the mountains; and when faced with a choice between a job at Whitelines and a place on a prestigious journalism Masters Course, the contest in my mind was as unequal as a 90s pipe competition with Terje on the start list. (When someone offers you your dream job, you don’t say no).

To this day, much of my writing still concerns snowboarding, a good chunk of my winters (not to mention my income) is spent chasing the white stuff, and many of my best friends are people who I’ve met through that world. 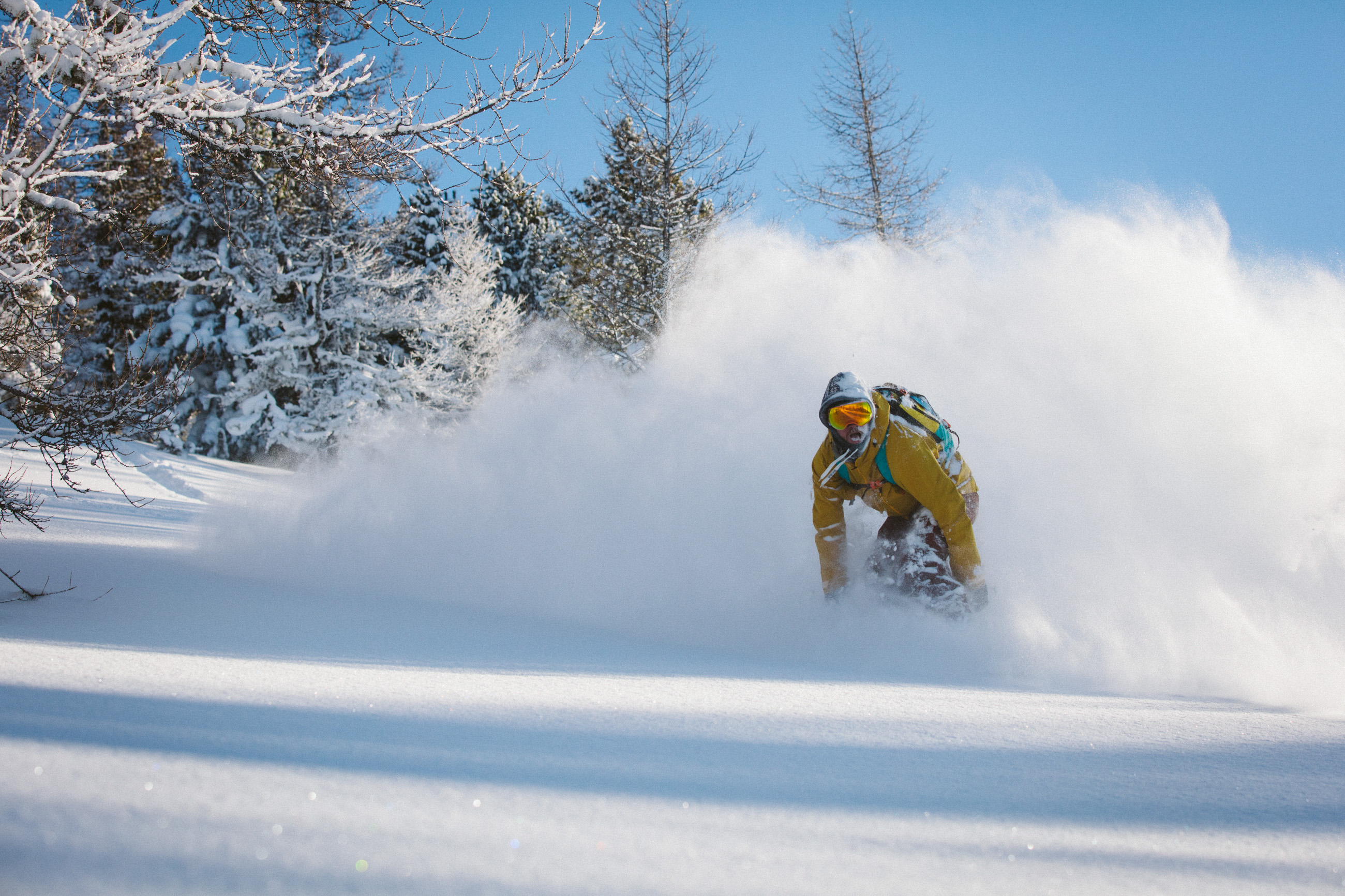 That all of this sprung out of such an unpromising start says a lot about the ability of the Norwegian snowboard instructor who turned up to teach our chastened group the morning after that first, fateful brush with the snow. I can’t, unfortunately, remember his name, but I do remember thinking he was the coolest person we’d ever met. Stereotypically tall and blond, he looked and sounded like a Nordic god, and we revered him like one.

“When someone offers you your dream job, you don’t say no”

The timing helped too of course. Snowboarding was blowing up in terms of popularity, but still had its youthful edge. You didn’t see snowboarders over the age of about 25, and everything about it – from the tricks, to the board graphics, to the baggy clothes – just oozed effortless cool. As with Ali’s copy of Sidewalk (which I also remember reading that first week), every page of a snowboard magazine felt like a new window on a whole world of radness. It wasn’t like I even understood all the language, or got all the references (later I would learn that 90s snowboard mags, including Whitelines, were notorious for their in-jokes) but that just made it even cooler. 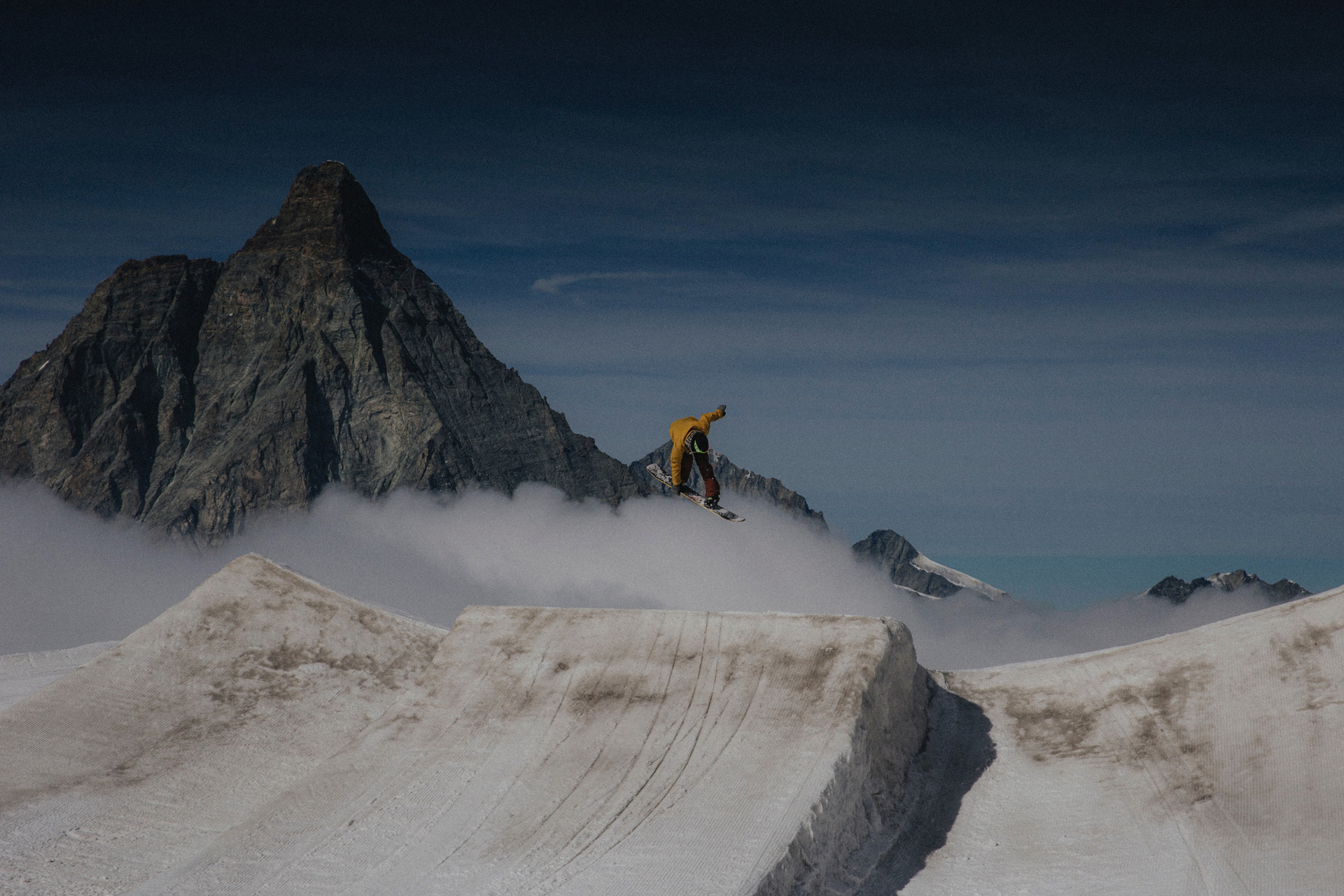 More than anything though, the fact that I carried on with snowboarding after that bruising first encounter is testament to the addictive nature of the sport itself. Even without the help of a Chris Hemsworth-alike to teach us how to turn properly, we’d already stumbled on something fundamental during that first, foolish descent. Every now and then, between the wildly out-of-control slides to the left and right, you’d get an edge in, find your balance, and for a fleeting second, you’d almost feel in control. As we went down, those fleeting seconds would get longer and longer. It might have been incremental, but by the time we got to the bottom, we’d improved.

I’ve ridden all over the world in the 20 years since, from Kazakhstan to Colorado, tackling all kinds of terrain, in all kinds of conditions. But wherever you’re riding, and whatever level you’re at, the essential thrill is the same: It’s about pushing yourself to try something new, scaring yourself a bit in the process, improving incrementally and eventually nailing it. Whether you’re straight-lining a Chamonix couloir, or fumbling your way down your first green run, it’s that feeling of being in control – but not too in control – of something dangerous. That just never gets old.

The First Time I Went… | Surfing

The First Time I Went… | Skateboarding

The post The First Time I Went… | Snowboarding appeared first on Mpora.